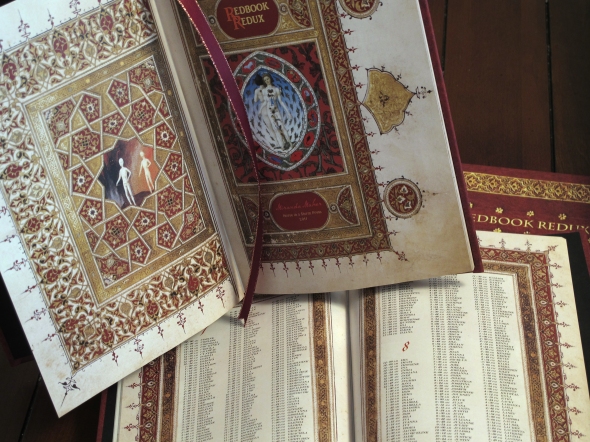 A reinvention of Maher’s 1992 xerox book Redbook: A Book of Hours, Redbook Redux assembles visual elements appropriated from illuminated manuscripts spanning several centuries in both Europe and the Middle East.  But on this luscious ground we find FBI statistics on “forcible rape” used to divide the days of the month into intervals of six minutes. Logged against a listing of women’s (and men’s) names, this book becomes a horrific testimony of the extent to which our culture tolerates personal violence.

This entry was posted on September 29, 2011 by mirandamaher. It was filed under Uncategorized .